Burns Weekend is making a welcome return ‘home’ to Harvey’s Point on Friday 27th & Saturday 28th of January 2023. Join us for a fun weekend in celebration of the life, works and spirit of the great Scottish poet, Robert Burns and the shared bond between Donegal and Scotland. 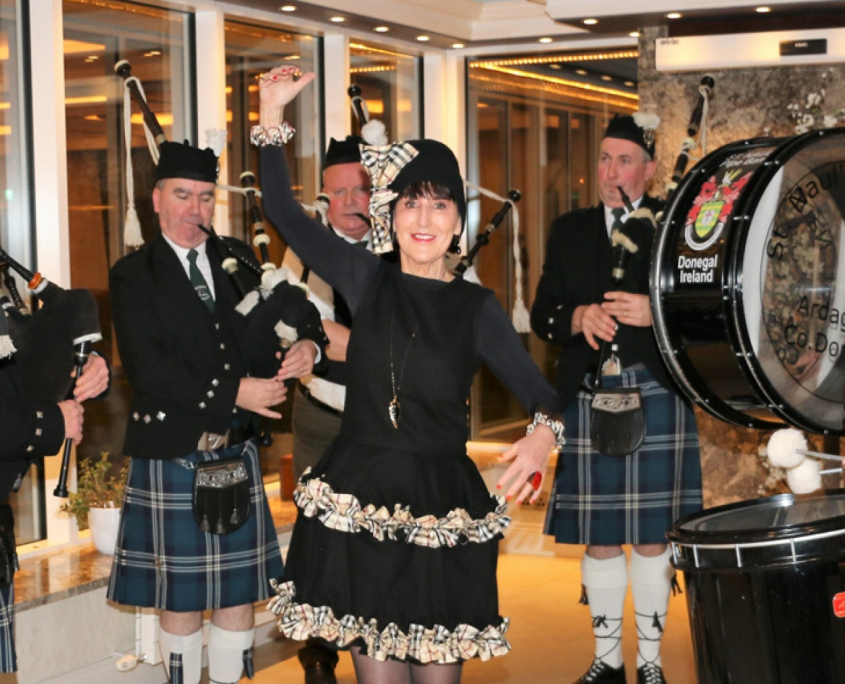 There will be a lovely line-up of festivities hosted at Harvey’s Point on both the Friday and Saturday evenings as well as the traditional Haggis Hunt in Cashelard on Saturday afternoon. The weekend will feature the usual mix of wit, wine, whisk(e)y and wisdom, accompanied by fine flavours of Scottish food, music, poetry and lots of dancing.

On Saturday at noon, there will be a guided walk in Cashelard – ‘Ramble with Rabbie’, in search of the elusive ‘Haggis’ that may be hiding in the bushes! This is a special event for Harvey’s Point guests and the entire community of Cashelard and beyond. Everyone is welcome. Following the Haggis Hunt, return to Whoriskey’s pub for a cup of cock-a-leekie soup and a bit of banter and dancing, organised by Richard Hurst.

The main event, the Burns Supper, will be hosted by Harvey’s Point on Saturday evening, starting with a welcome reception to the sounds of the Ardahy Pipe Band followed by fun, formalities and a delicious three course dinner. Later on in the evening, tuck into a light Scottish supper. Dancing into the ‘wee’ hours with the great Gary Blair Ceilidh Band. Experience an unforgettable evening of merriment and making memories – arrive as guests and depart as friends! 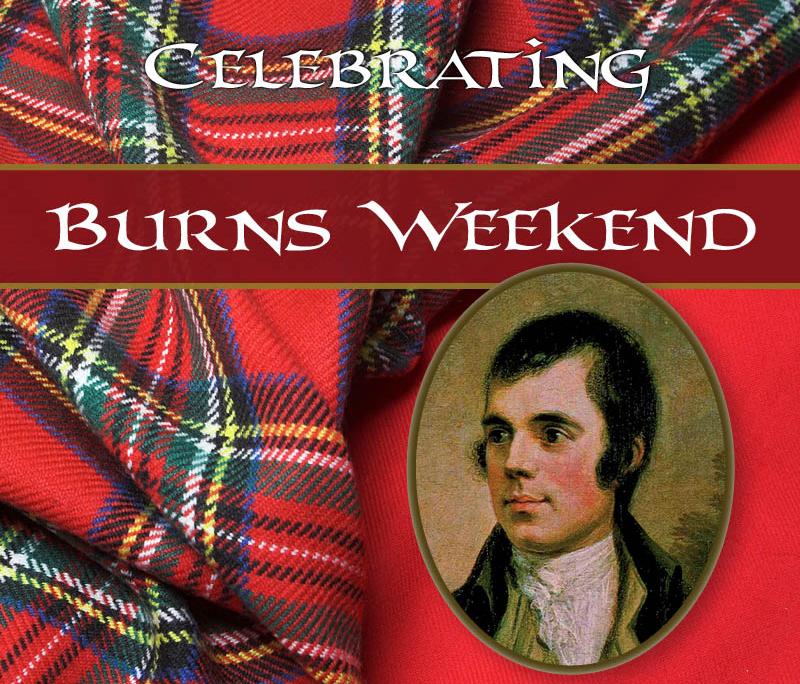 Everyone is welcome to enjoy a wonderful weekend at Harvey’s Point and as Rabbie Burns would have said:
‘We cannae wait tae see ye’.

The Gary Blair Ceilidh Band has been synonomous with the Burns Supper at Harvey’s Point for many years. They breathe vigour and vitality into the traditional ceilidh, whilst honouring its roots and traditions. As soon as they take to the stage, our guests want to hit the dance floor. We love their patience with us while they try to teach us some of the dances and it’s always such fun to bump into each other clumsily until, with their guidance, we sort of get it right at the end. Travelling over from Scotland and in-between international performances, we look forward to welcoming Gary and his band back to Donegal. Following a gap of three years, we can’t wait to dance again.

Matt McGranaghan from Castlefinn in Co.Donegal is a renowned fiddle player & musician who has been playing for over 30 years. Recognised as a virtuosic talent from an early age, he has performed in and across many genres and disciplines from Trad to Classical, Country to Pop many more. He began his musical journey aged 7 by learning trad music from a neighbour for 18 months. Aside from that he is virtually self-taught on his chosen instrument.

He has toured and performed as a soloist and as a member of different groups in Ireland, the UK, Europe, Canada, the USA and on cruises for guest performances. Over the past 20 years, he has worked with Dolores Keane, Nathan Carter, Mary Black, Philomena Begley, Brendan Shine, and Dominic Kirwan to name but a few.

Matt has performed at the prestigious Harvey’s Point Summer Cabaret for numerous seasons, at the St.Patricks’s day Celebrations in Stormont for 3 consecutive years, at Áras an Uachtaráin at President McAleese’s request, and at Milwaukee Irish Fest in 2010 & 2011. He has performed in the Ulster Hall, Waterfront Hall, SSE Arena, Glasgow Royal Concert Hall, and numerous other stages and theatres throughout Ireland and the UK.

Since March 2020 Matt has represented his colleagues in the music & entertainment industry with the Music & Entertainment Association of Ireland (MEAI). Matt has represented the industry at meetings with an Taoiseach, an Tánaiste, and various Government Ministers and as the spokesperson for MEAI, he has been a frequent contributor on television to Virgin Media News, RTÉ News, as well as on radio on RTÉ, Newstalk, Today FM and most local radio stations also.

In October 2022 Matt premiered his new show ‘embrace’ and is hoping to bring it to wider audiences in 2023. Developed over ten years, ‘embrace’ is a journey into music; its power, history, and development, and explores the emotional and healing potential music has on all of us.

Matt has always had a deep love and affinity for Scottish music and particularly the music of the Shetland Islands where he has performed on many occasions as a guest artist at the celebrated Shetland Fiddle & Accordion Festival.

The first Burns Supper was held at Harvey’s Point twenty years ago and the event was born from an idea of the late Joe Mc Glone who had a passion for all things Scottish. Robert Burns (1759 – 1796) wrote over 300 songs and a variety of poems. He is widely regarded as Scotland’s national poet and the date of his birth in January is celebrated worldwide.

This site uses cookies. By continuing to browse the site, you are agreeing to our use of cookies. Read more

We may request cookies to be set on your device. We use cookies to let us know when you visit our websites, how you interact with us, to enrich your user experience, and to customize your relationship with our website.

Click on the different category headings to find out more. You can also change some of your preferences. Note that blocking some types of cookies may impact your experience on our websites and the services we are able to offer.

These cookies are strictly necessary to provide you with services available through our website and to use some of its features.

Because these cookies are strictly necessary to deliver the website, you cannot refuse them without impacting how our site functions. You can block or delete them by changing your browser settings and force blocking all cookies on this website.

These cookies collect information that is used either in aggregate form to help us understand how our website is being used or how effective our marketing campaigns are, or to help us customize our website and application for you in order to enhance your experience.

If you do not want that we track your visist to our site you can disable tracking in your browser here:

We also use different external services like Google Webfonts, Google Maps and external Video providers. Since these providers may collect personal data like your IP address we allow you to block them here. Please be aware that this might heavily reduce the functionality and appearance of our site. Changes will take effect once you reload the page.