“The Hotelier of Kings” and the “King of Hoteliers” 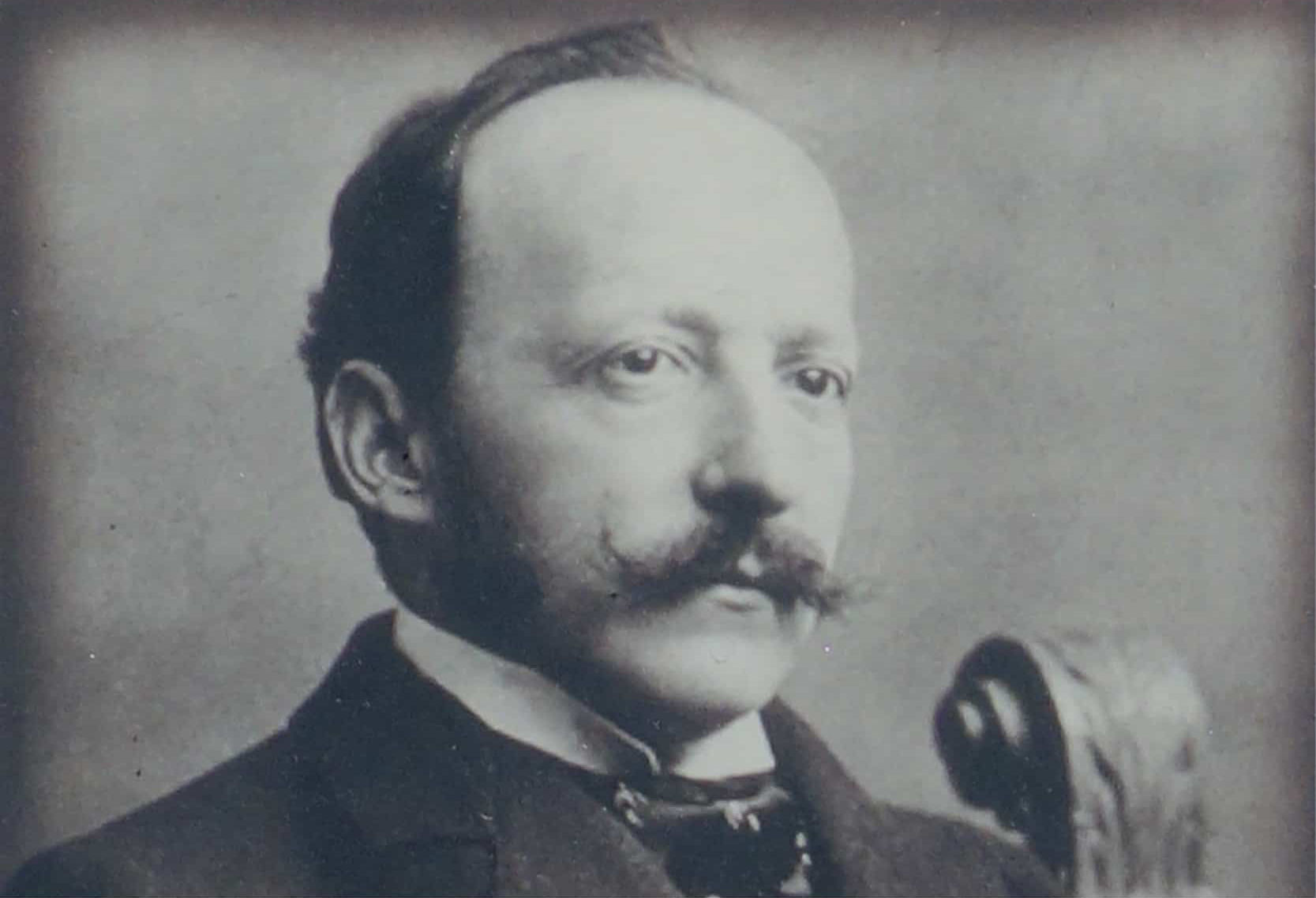 If there was ever a name that was synonymous with the very best in the world of hotels, it is Ritz. And the man responsible for this was César Ritz, often referred to as “the hotelier of kings and the king of hoteliers.”

Born in Niederwald, Switzerland on February 23rd 1850 to a farming family, he accomplished an unprecedented career in the hospitality industry and rose to legendary status. And he did this with a lot of hard work, innovation, flair and a touch of class. During his illustrious career, Ritz was the manager of many high-end hotels such as Le Splendide in Paris and The Grand Hotel National in Lucerne but he is most known for his involvement in The Savoy Hotel and The Ritz Hotel in London and Hotel Ritz in Paris.

‘Characteristics of a great hotelier’

As a hotelier, Ritz’s strength was his ability to understand and satisfy the needs of wealthy customers and this together with his burning desire to build a hotel empire, led to him pioneering the foundations of what would become known as luxury hospitality. Many of the touches that Ritz introduced to his hotels are still standard practice in today’s modern luxury hotels. Ritz was known for his well-kept appearance, remarkable memory for names and ability to innovate and improvise. He was very aware of the importance of public relations in the hospitality industry.

If a hotel or restaurant was to become known and remain known, it was essential that it became a subject of conversation.

Over the years, Ritz learned many tricks of the trade to ensure that his name and his properties were to the forefront in the media. Many hoteliers of today take inspiration from such a legendary hotelier. It is César Ritz’s passion for luxury, excellence and customer service that has set the standard for hotels and restaurants throughout the world.

Ritz continued with his hectic pace of work until he had to retire in 1907 due to deteriorating health. He died in Küssnacht, near Lucerne, Switzerland at the age of 68. He is buried in his homeplace in Niederwald, Switzerland. Visiting his final resting place on a recent holiday to Switzerland, I was moved by his story and found many links that resonated with our philosophy at Harvey’s Point, which is to blend the highest standards of world class hotel-keeping with genuine Irish hospitality.

Legendary Hoteliers in my world

From an early age, hotels fascinated me. Our family would sit together every evening to watch the British television soap opera “Crossroads” which was set in a fictional motel (later a hotel) in the Midlands in England. I loved the characters and sometimes weak storyline. We used to spend summer holidays in the Glenbay Hotel in Glencolmcille, county Donegal. I remember wanting to find out how they could feed so many people at one time. Somehow I always found myself taking summer jobs and college placements in hotels and restaurants in Ireland, France and Germany. I had the pleasure of being invited on a benchmarking trip with Fáilte Ireland to Dubai and meeting the teams behind the world famous Jumeirah hotel group. Seeing back of house of the seven star Burj Al Arab was one of the most amazing experiences in my life.

Every Christmas Eve, our Mammy would invite us for lunch in the Central Hotel. I can still remember the open fire, the gleaming copper pots, the burgundy carpet in the cosy bar and the tasty food. The Central Hotel was owned and managed for many years by the Hyland family, with a great lady called Brede Hyland at the helm. She was a hardworking hotelier who was highly regarded as having a keen eye for detail and a passion for great hospitality.

I had a happy childhood growing up near the magnificent Rossnowlagh beach, which is also home to the famous Sandhouse Hotel, formerly owned by the Britton family. Working there during school holidays, I remember being in awe of the formidable Mary Britton, who was a legendary hotelier in the truest sense. She was known for her sharp business mind and tongue! She demanded the highest standards and nothing short of perfection would do. Mary Britton pushed out the marketing boundaries for the Irish hotel business. She brought visitors from the UK even in difficult political times and was one of the very first hoteliers to go to the US market, promoting Ireland as a tourist destination. Mary was way ahead of her time and even introduced surfing to Donegal, long before Donegal was recognized as the “coolest place on the planet!”

An extraordinary man of great talent and ambition, Jim White was a businessman, politician, and hotelier. He owned a string of hotels throughout Ireland and was responsible for bringing coach loads of visitors from the UK and Europe. As a giddy teenager, I spent two summer seasons working for Jim in his hotels in Lisdoonvarna. I worked hard and loved every minute of being immersed in busy hotel life. Like César Ritz, Jim White looked for every opportunity to keep the PR machine going and even found ways such as hosting match-making festivals to bring visitors to his hotels in search of love and happiness. Jim expected everyone to work as hard as he did and to share his passion for his beloved hotels. A shrewd businessman, Jim always had a kind word for people and he exuded positivity. I learned a lot from him and in later years, he took great pride in telling everyone that he had ‘made a hotelier out of me’.

Dom Breslin was the perfect host. He seemed to appear in the hotel at anytime, anywhere, with a twinkle in his eye, a nod of his head and arm outstretched for that famous Dom Breslin handshake. Dom was a ‘hands-on hotelier’. His office was on the shop floor, meeting guests, lifting glasses in the bar, carrying luggage and helping out. He knew every staff member by name and he showed them how it’s done, how not to be afraid of hard work and how to lead by example. Dom was renowned for his generosity and it was not unknown for him to buy a round of drink for everyone in the bar with the most subtle wave of his hand to the barman. Mary, his late wife, and Dom were the perfect team. They worked tirelessly in a business that demands so much. They carved a niche in the community – bringing people together to celebrate the many milestones of life. Their family has inherited the same work ethic and dedication to hospitality. Dom Breslin was indeed a Donegal legend. He was many things to many people but I will remember him most as being a humble and hardworking hotelier who dedicated his life to making people happy.

Many hotels in Donegal were family-run and built on generations of hard work. Some have changed hands and some are still going strong. There is one hotelier who to me, stands out from the crowd and in many ways, has elements of the César Ritz hotel philosophy. This hotelier has had the Vision to create a hotel that is uniquely special. His passion for perfection and pursuit of excellence are unparalleled. I have had the good fortune and pleasure to work for and with this legendary hotelier for the past twenty-seven years of happy hotel-keeping. His name is Jody Gysling! 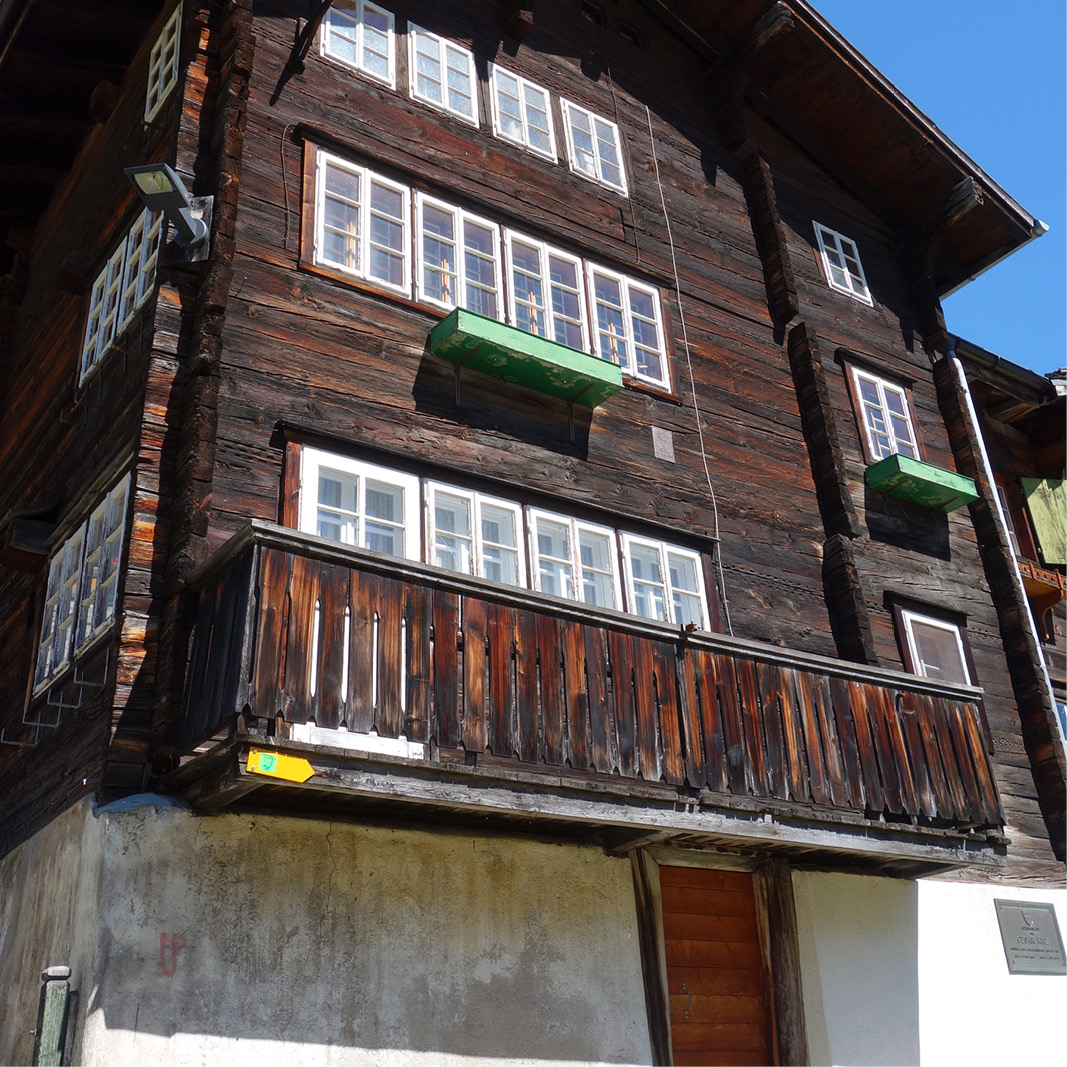 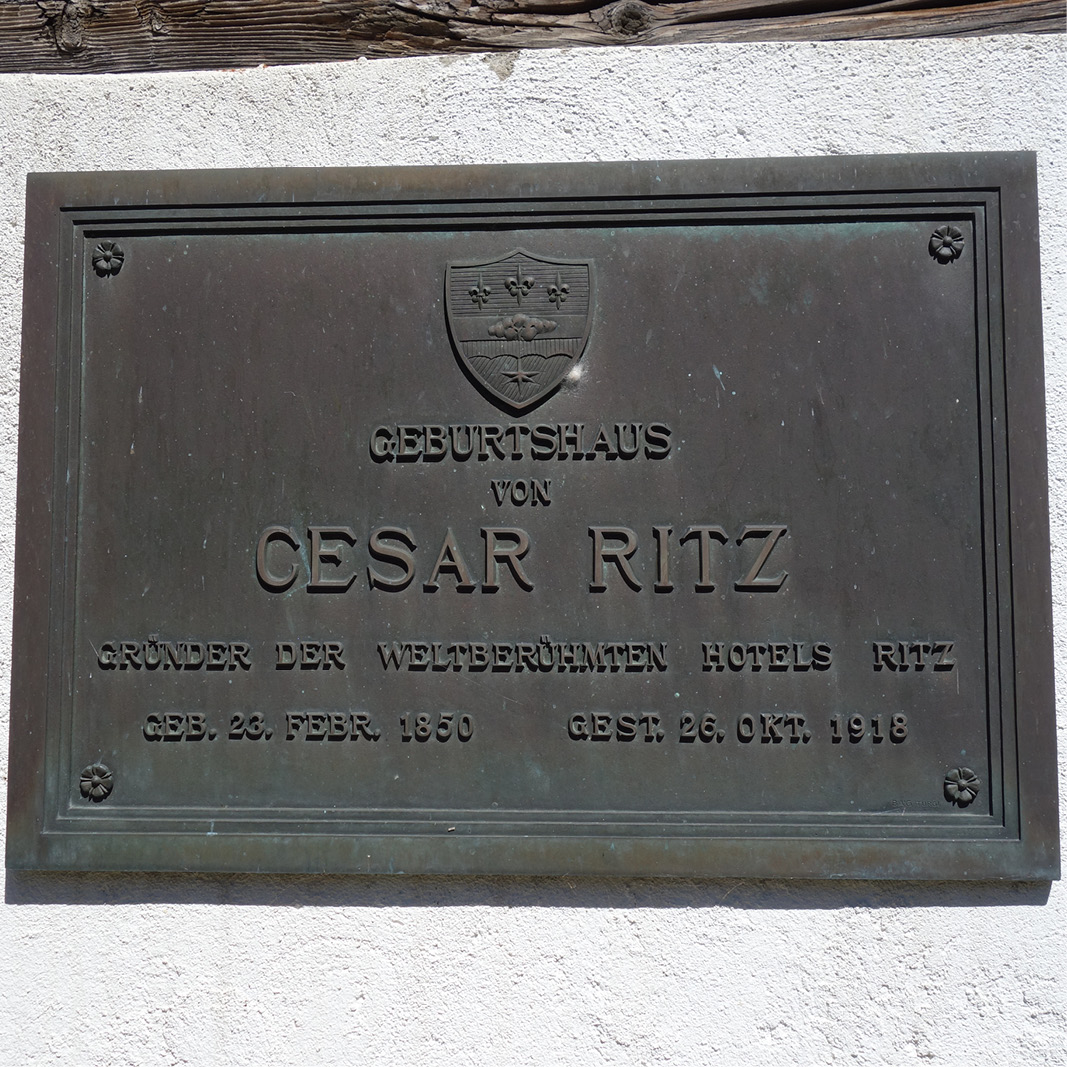 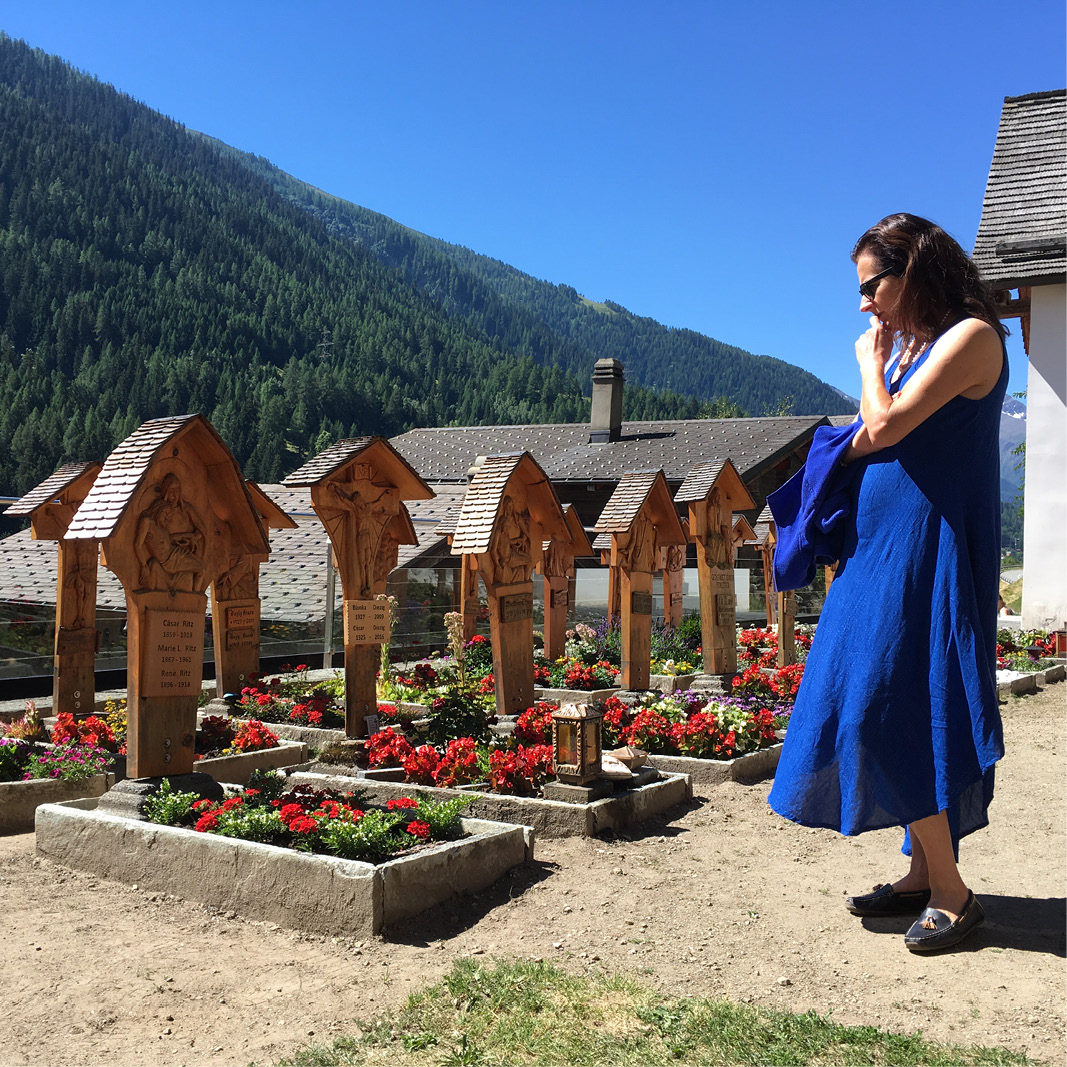 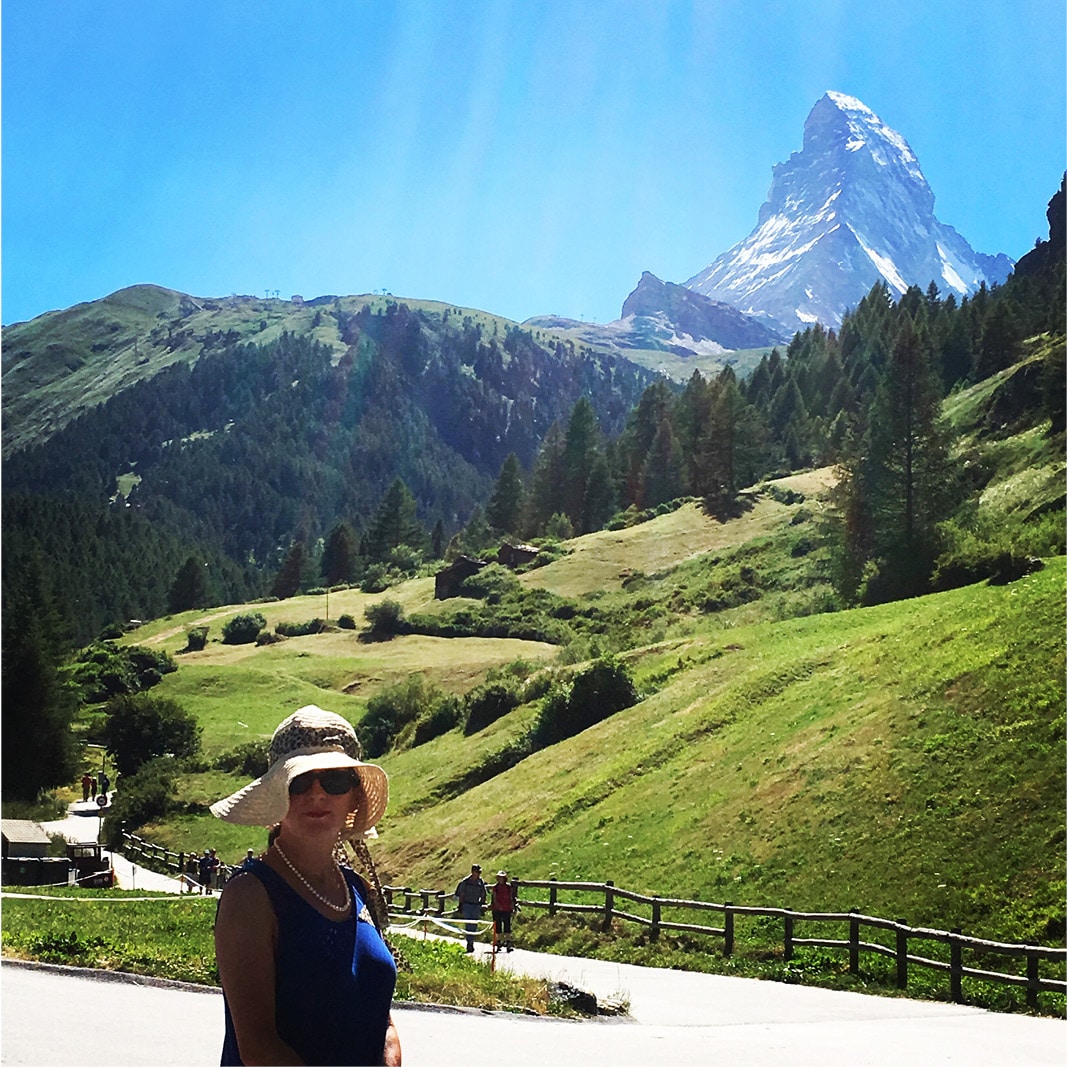 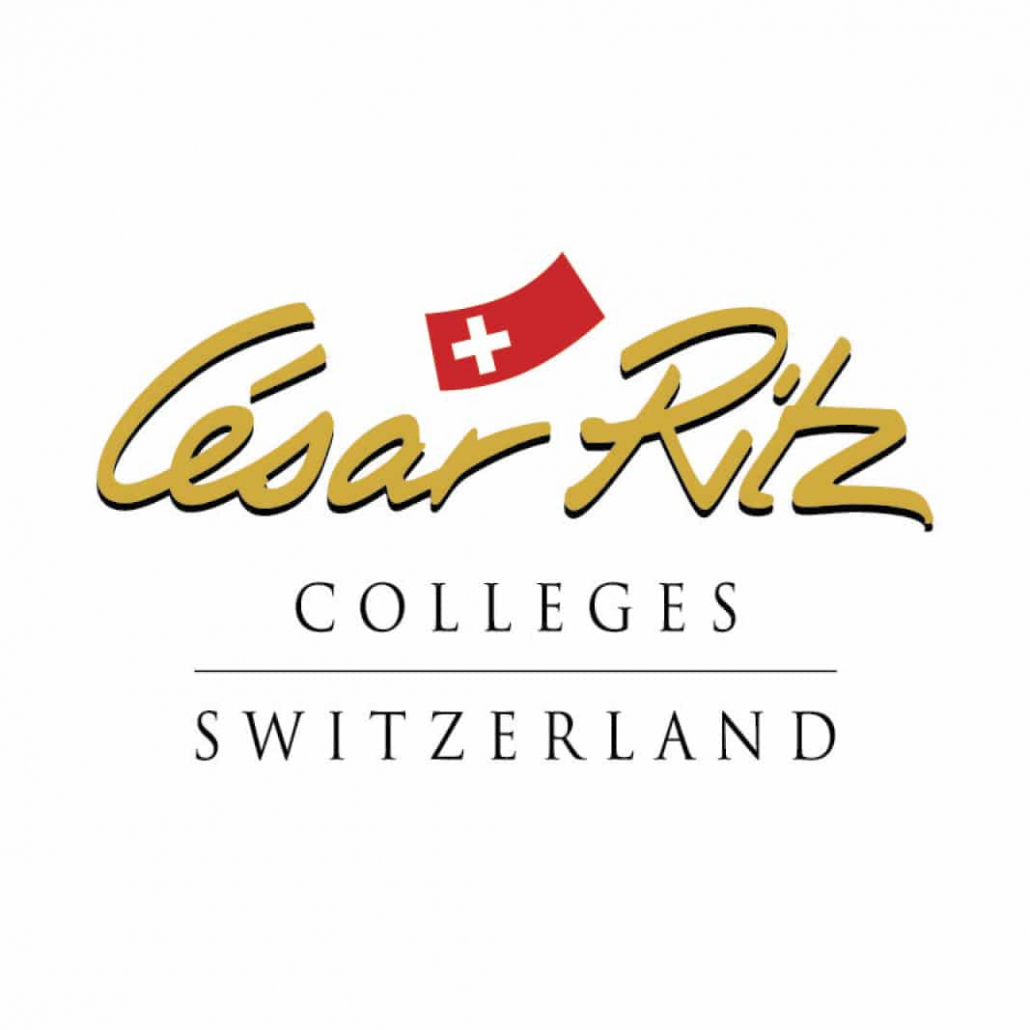 ” The customer is never wrong “

” Never say no when a client asks for something, even if it is the moon. You can always try, and anyhow there is plenty of time afterwards to explain that it was not possible. “

Could this Irish-run bolthole in France be the perfect post-pandemic escape?

After selling Harvey’s Point in Co Donegal, what did Deirdre McGlone and Marc Gysling do next? Here’s a look inside their new high-end rental in France…

Read the full story in Weekend Magazine or on Independent.ie/travel

This site uses cookies. By continuing to browse the site, you are agreeing to our use of cookies. Read more

We may request cookies to be set on your device. We use cookies to let us know when you visit our websites, how you interact with us, to enrich your user experience, and to customize your relationship with our website.

Click on the different category headings to find out more. You can also change some of your preferences. Note that blocking some types of cookies may impact your experience on our websites and the services we are able to offer.

These cookies are strictly necessary to provide you with services available through our website and to use some of its features.

Because these cookies are strictly necessary to deliver the website, you cannot refuse them without impacting how our site functions. You can block or delete them by changing your browser settings and force blocking all cookies on this website.

These cookies collect information that is used either in aggregate form to help us understand how our website is being used or how effective our marketing campaigns are, or to help us customize our website and application for you in order to enhance your experience.

If you do not want that we track your visist to our site you can disable tracking in your browser here:

We also use different external services like Google Webfonts, Google Maps and external Video providers. Since these providers may collect personal data like your IP address we allow you to block them here. Please be aware that this might heavily reduce the functionality and appearance of our site. Changes will take effect once you reload the page.